back to search results

A young Red-winged Blackbird (Agelaius phoeniceus) fledgling begs for food at the edge of Halycon Lake in Mount Auburn Cemetery.

The red-winged blackbird is found throughout most of North and much of Central America. It breeds from Alaska and Newfoundland south to Florida, the Gulf of Mexico, Mexico, and Guatemala, with isolated populations in western El Salvador, northwestern Honduras, and northwestern Costa Rica. It may winter as far north as Pennsylvania and British Columbia, but northern populations are generally migratory, moving south to Mexico and the southern United States.

The red-winged blackbird has been considered the most abundant living land bird in North America, with more than a million birds per flock and the total number of breeding pairs across North and Central America exceeding 250 million in peak years. 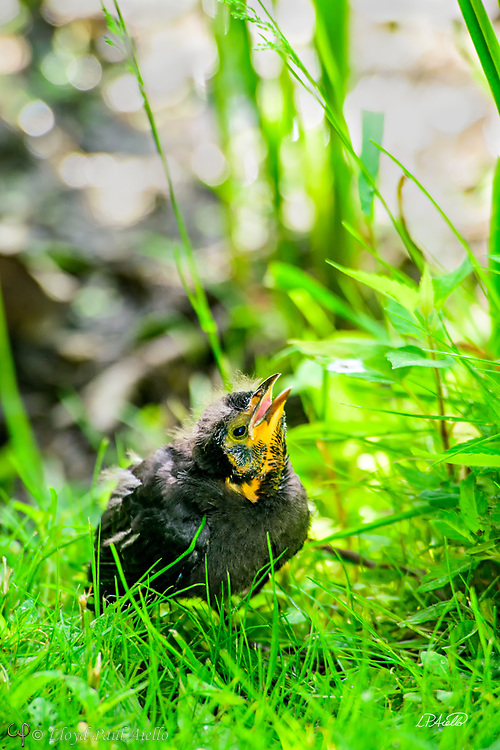